LINCOLN – The Nebraska Game and Parks Commission joins other national and international conservation agencies in celebrating the centennial of the historic Migratory Bird Treaty.

The United States and Canada signed the Migratory Bird Treaty in August of 1916, adopting a system of protection for nearly all migratory bird species that inhabit – and often migrate between – the United States and Canada. Mexico signed a similar treaty in 1936. National and international cooperation is essential for protecting and conserving these far-ranging species.

Nebraska lies along a major bird migration route, and hundreds of bird species pass through the state each year. Birds are crucial to Nebraska’s ecosystems, eating vast quantities of insects and dispersing seeds of trees and other vegetation. Birds also play an important role in the state’s economy. Wildlife viewing – including bird watching – brings in more than $700 million to Nebraska’s economy each year through travel expenses and the sale of equipment. Additionally, outdoor recreation provides 74,000 direct jobs across the state.

Recently, Gov. Pete Ricketts declared May to be Nebraska International Migratory Bird Month. Throughout May, dozens of events will take place across the state in which individuals and families can attend guided bird walks and learn why birds are critical to the ecology of Nebraska and elsewhere.

To learn more about Nebraska International Migratory Bird Month and to view a list of activities planned statewide, visit NebraskaBirdMonth.org.

LINCOLN – The Nebraska Game and Parks Commission will host seven free workshops about the power of pollinat... 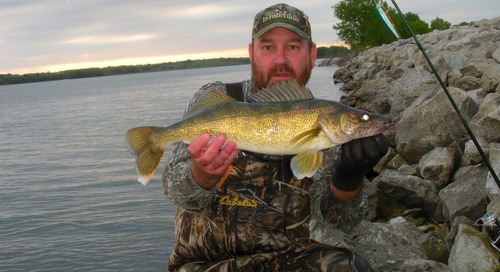 Found a new fishing commercial that has been making the rounds on the internet.  I really like this one: Oh...