CRAWFORD, Neb. – Tickets will soon go on sale for the 25th Christmas dinner at Fort Robinson State Park. The event Dec. 7 will take people back to 1878, an important year in the fort’s history.

The 200 ticket-holders of the event at the park’s Buffalo Soldiers Barracks will be treated to the same menu as the one of that year, when it was a military post for the U.S. Cavalry. The dinner will include turkey, stuffing, potatoes and gravy, pork loin, asparagus, sweet potatoes, rolls and “all the fixings.”

The year chosen for the dinner is the one that the post’s name changed from Camp Robinson to Fort Robinson. More significant though, it was the period of one of the fort’s most unfortunate events.

That October was when the Cavalry intercepted 149 Cheyenne Indians led by Chief Dull Knife, who were attempting to return to their northern homelands from Indian Territory in present-day Oklahoma, and took them into custody at the post. The following January would mark the escape of the group, an event known as the Cheyenne Breakout, and ensuing “Fort Robinson massacre.” All of the escapees were either killed or recaptured when attempting to flee the harsh conditions of their confinement. Some made it as far as 35 miles away before soldiers caught up with them.

The barracks where the Cheyennes were held captive have been recreated at Fort Robinson, and a monument commemorating the incident was installed below the Cheyenne Buttes on land owned by Chief Dull Knife College just west of the park in 2016.

The Christmas dinner’s program, annually enhanced by many attendees who dress in period attire, includes live music and historical commentary. The doors will open at 6 p.m.

Tickets for the event usually sell out quickly and will become available at select locations 8 a.m. Monday, Nov. 4. They may be purchased for $30 each at Fort Robinson’s headquarters, D&S Market in Harrison and the Visitors Center-Chamber of Commerce in Chadron. Because of high demand, there is a limit of four tickets per household.

Again complementing the event’s festive atmosphere will be the Christmas lights installed on park buildings with help from community members. The lights will turn on at 6 p.m. the night of the dinner and will remain lit each evening through December. Groups interested in decorating a building at the park may contact the office at 308-665-2900 or ngpc.fort.robinson@nebraska.gov. 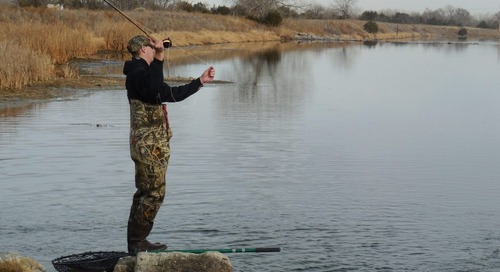 Go to School, Join a Club!

Many of you were aware of and participated in our Take ‘Em Fishing challenge this past year.  Obviously, th... 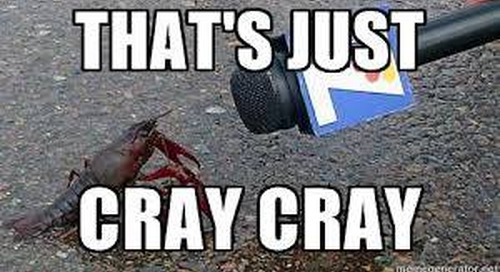 What Personality is your Crayfish?

Many times I have blogged about some serious behavioral issues in our aquatic biota, stoned fish, and crayf...