The Peregrine Falcons at the Capitol seem to always have another surprise to pull out of their bag of tricks.   On Saturday afternoon, in record heat, the female Peregrine Falcon laid an egg in the nest box.  Another egg was laid overnight Monday.

This late nesting attempt comes about three weeks after their first attempt failed.  As explained in this press release from back in April, the first nesting attempt was in a gutter at the base of the Capitol’s dome.  The pair likely sought out a new nest site because their nesting attempt in the nest box failed last year.

Peregrine Falcons will re-nest If they lose a clutch of eggs early during incubation, so a second attempt is not unusual.  The literature states, though, that egg laying usually commences shortly after the first clutch of eggs is lost, usually within two weeks.  The original nesting attempt also occurred later than normal this year, likely in response to the cold spring.   All of this means that the birds are now laying eggs during a time of year when we have usually been banding three week old eyases.  Thus, we are about 50-60 days behind schedule!

Given the the lateness of this nesting attempt and the pair’s recent lack of success, I think it is reasonable to temper expectations about the likelihood of success.  Nevertheless, I do appreciate the pair’s tenacity and the fact that they had one more trick in the bag.

Streaming video can be found HERE. 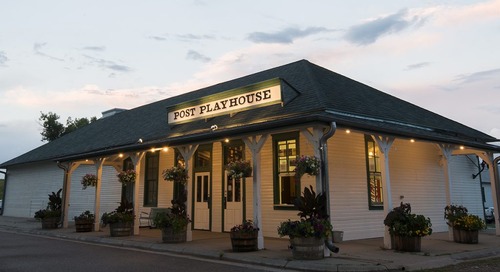 CRAWFORD, Neb. – The Post Playhouse at Fort Robinson State Park is launching another season of entertaining...

LINCOLN, Neb. – A new fishing opportunity is available in southeastern Nebraska with the June 2 grand openi...