The heart of Nebraska is the sandhills.  There is nothing quite like them, they are uniquely Nebraska.

Surprisingly, in some parts of those hills, nestled between the rolling, grass-covered dunes of sand, are lakes and wetlands, natural lakes and wetlands.  Some of those lakes, especially in the western sandhills, are too alkaline, “salty”, to support fish.  One of those alkaline lakes could be found on the land owned by my Grandpa, and even though it was alkaline and had no fish, there was no lack of life there.  A few other sandhill lakes are too shallow to keep fish alive for the long-term.  With those exceptions, many of the sandhill lakes are incredibly productive fisheries, and again uniquely Nebraska–not really like any other waters found anywhere else on earth.

Generations of Nebraska anglers have known this.  Years ago my ancestors set up camp in the back of their old farm trucks and explored a variety of sandhill lakes catching a variety of species of fish.  Or, they ventured onto frozen surfaces with old hand augers hoping to ice some pike, gorgeous bass and beautiful panfish.  I have considered some sandhill lakes to be “home” water even though I have never lived near any of them.

If you have not had a chance to explore those sandhill fisheries, if you have not experienced some of state’s and even nation’s best fishing that can be found on some of those sandhill waters, you gotta see this:  NEBRASKAland magazine recently published a guide to Nebraska’s sandhill lakes, Fishing the Sandhills. NEBRASKAland’s Eric Fowler put together the sandhill lakes pubication and he did a great job.  Oh sure, he had help from a lot of pointy-headed fisheries biologists, but Eric put it together in a format that will both entice and assist anglers in their exploration of sandhill fisheries.  The booklet includes some descriptions of the sandhill lakes and what make them so unique and productive.  It goes on to describe the species that can be found in those waters and offer some fundamental ways to catch them.  Maybe most importantly, the publication offers maps, directions and descriptions of each waterbody that is open to public fishing.  Whether you are a new sandhills adventurer or returning home to fish one of your favorite spots, you will want to study Fishing the Sandhills from cover to cover.  You will learn something.

Enough of the “hype”; you can see it here, Fishing the Sandhills.

I have a limited supply of “hard copies”.  If you want one or two of those in your hands, send me a message, drop me an e-mail with your U.S. Postal mailing address and I will get them in the mail to you.

Check it out, make plans, and by all means GO FISH some of Nebraska’s best waters–our sandhill lakes! 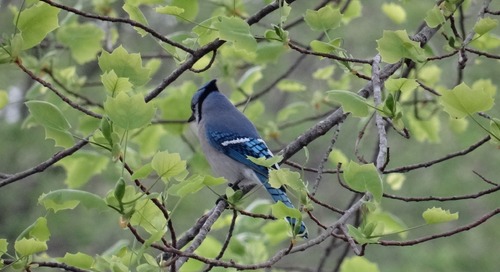 Confessions of a Recreational Bird Watcher

I am a recreational bird watcher, and proud of it! Even if I could get organized enough to keep a life list... Spring migration is about at its peak, so naturally on Saturday I was out birding even though the weather w...