Let me say a few things about one of the most popular species of fish that anglers, especially ice anglers, like to catch, yellow perch.  Most people would tell you that walleyes are one of the best fish on the table and they are right.  Except their smaller “cousin” the yellow perch, is just as good, and maybe even a little bit better.  For that reason word of a hot perch bite during a Nebraska winter travels faster than the blowing snow.  No doubt Nebraska ice anglers would take every yellow perch opportunity they could get and more.  Let me digress for a moment and explain why we do not have more. . . . Nebraska truly is a state in the middle of the country, middle of the continent, where “north” meets “south” and “east” meets “west”.  The geography and climate of Nebraska varies dramatically from one corner of the state to the other.  For that reason, we have some waters in Nebraska, mostly in northern and western parts of the state, that are excellent yellow perch habitats.  Unfortunately, for the same reason, we have other waters in the state, especially in southern and southeastern parts of the state, that just do not provide very good habitat for yellow perch.  If you travel south of Nebraska you will find even fewer yellow perch.

There is no doubt that Nebraska anglers love yellow perch and we have tried to expand perch fishing opportunities by stocking yellow perch into a variety of waters around the state.  In southeast Nebraska yellow perch stockings have resulted in token populations that have persisted in some reservoirs for years, but never did provide any kind of perch fishery.  In recent years, research has been done on the stocking of yellow perch in Nebraska pits and interstate lakes.  Some of those pit habitats certainly can support yellow perch, but we found that largemouth bass really like to eat them, and the size of the perch population in those smaller habitats was not so large as to withstand significant fishing pressure.  Certainly, there are some private waters even in southern and eastern Nebraska, waters with relatively cool water and an abundance of aquatic vegetation, that can support yellow perch, but it would be difficult to provide productive perch fisheries on similar public habitats without severe limitations on access or harvest.

There are a lot of things pointy-headed fisheries managers can do to provide good fishing, but nothing can trump “mother nature”.  There are certain habitat requirements that simply cannot be overcome by stocking fish.  Even if yellow perch were stocked in less than ideal habitats in southern and eastern Nebraska, there are other panfish species like bluegills and crappies that are much more suited to those habitats, and even more so if they did not have to compete with yellow perch.

So, where are the perch coming from?

Once again this winter there have been a few isolated reports of the odd yellow perch being pulled through an ice hole from waters in southeast Nebraska.  Waters where I just said we do not have yellow perch fisheries.  Those reports have consisted of an 8-inch yellow perch here, a perch there.  The funny part about those isolated catches is even though they are ONE fish caught by one angler, they generate a lot of interest and curiosity–no doubt because they are such a popular fish for ice anglers.

Unfortunately, it is not at all unusual for fish that were not stocked, fish that should not be there, to show up in Nebraska waters.  I have dozens of such reports each year, some of them as exotic as Oscars and other tropical fish (Aliens).  In some cases those fish are intentionally, illegally stocked.  Fisheries biologists call violators who do such things “bucket biologists” and there has been more than one fishery across the country ruined by well intentioned, but illegal, unauthorized introductions of fish.

On the other hand, there are a lot of fish that show up in some waters simply because they move downstream from another body of water in the watershed.  Nebraska has an abundance of farm ponds in many parts of the state.  Those private ponds often get stocked with who-knows-what, and during high-water events those fish may move downstream and can end up in a larger, public waterbodies.

However, in the case of an odd yellow perch or two showing up in eastern Nebraska reservoirs this winter, I have another explanation. . . . This past year, we raised a number of advanced fingerling walleyes for stocking in Nebraska waters, over 30,600 of those fish were stocked into 18 different waters around the state.  Advanced fingerling walleyes were 8-10-inches long at stocking this past fall.  Walleyes and other predator fish can be trained to accept artificial feed in hatcheries, but it has been discovered that when those predators are raised on natural prey, minnows and other small fish, their survival rates after stocking are much better.  In our state fish hatcheries a lot of fathead minnows and other small fish including yellow perch get fed to walleyes, pike and muskies.  When the walleye rearing ponds were drained and the advanced fingerling walleyes were stocked last fall, it is very possible that a few yellow perch survived the walleyes predation and got hauled and stocked right along with them.  It is possible that a few dozen yellow perch were stocked into several of the waters where advanced walleye fingerlings were stocked last fall.

Does that mean there is going to be a perch fishery established in those water where the advanced fingerling walleyes were stocked?  Well, one of those waters, sandhill lakes Cottonwood-Steverson already have yellow perch and have had for years.  In the other seventeen waters stocked with advanced fingerling walleyes last fall, I would not expect anything more than the odd yellow perch to show up from time to time.

How about big perch?

Let me finish with a few words about another topic related to big panfish, big yellow perch.  As I said earlier, Nebraska has some excellent perch habitats, waters capable of providing yellow perch fishing as good as that found anywhere.  Our sandhill lakes are very productive and can produce excellent yellow perch fishing and grow some of the biggest, fattest perch you can find.  However, I will continue to crawl up on my “soap box” and point out that big fish are not hard to catch because they are so smart, but because they are so rare.  In the case of big yellow perch, once the word gets out about a hot ice bite, a fishery gets pounded.  I am not exaggerating when I say anglers will drive hundreds of miles to the remotest corners of Nebraska to haul home buckets of big perch.  I have seen it happen, again and again.  It is happening again this winter.  Maybe if more anglers practiced selective harvest, took home a few of the medium-size perch for a meal of fresh fish, DID NOT FILL THE FREEZER, and slipped those big, beautiful, golden, orange and green tankers back down a hole, we would have a lot more big perch? 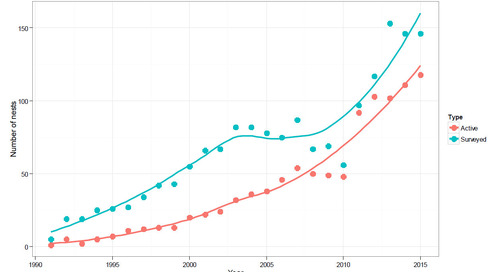 As reported in a recent NGPC press release, the number of active Bald Eagle nests in Nebraska broke another... 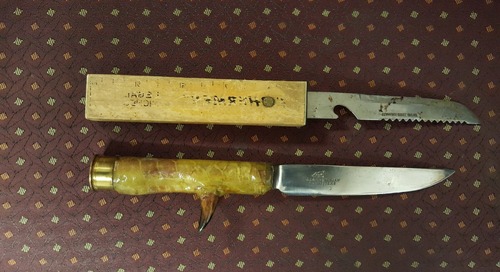 My wife thinks I am a hoarder. I believe I am a collector of things. Everybody collects stuff, right? Some ...