I was off Friday ahead of a weekend chock full of checking deer, so I had big plans to hit as many reservoirs as I could to see what rarities the strong northwest winds from earlier in the week blew down.  I started my day early at Branched Oak Lake – which was logical since this water body is the largest around and has the most potential (a Black-headed Gull was discovered here earlier in the week).   My first stop on my loop around the lake was the southeast parking lot at the south end of the dam.  As I pulled in, I noticed a mass of white at the southwest end of the lake.  I knew the odds were this was a group of late-migrating American White Pelicans, but I was also aware it is Whooping Crane season and the recent weather was precisely the conditions that would blow Whooping Cranes a little east.  So I stopped my vehicle and mounted my scope on the window.  Through my scope, I immediately saw a rusty blob in the middle of the white mass.  I knew the rusty blob was indicative of a juvenile Whooping Crane.  A few moments later, I saw a long white neck pop up and I knew for certain I had a distant view of Whooping Cranes.  I headed around the lake to confirm the sighting and found 5 birds total, 4 adults and the rusty juvenile.  I made certain to observe the birds from a distance which would not disturb them.  Below is some video I took of the Whooping Cranes from that safe distance.

The Whooping Cranes were in a spot where they could have been easily spooked by a hunter, birder or anyone that was just out also enjoying the beautiful November morning.  So, I quickly got on the phone and started contacting the appropriate individuals.  Within only about 20 minutes, personnel from NGPC’s Wildlife, Law Enforcement and Parks Divisions were mobilized.  Parks Division personnel quickl restricted access to one parking area.   The response was fantastic and I am very appreciative of everyone’s efforts.  However, at about 9:00 a.m., the Whooping Cranes decided to take off and continue south.

I followed the birds south to about the town of Emerald and then I lost track of them in the big blue sky.  Interesting, we received a report from the public, today, of five Whooping Cranes observed in flight west of Beatrice at about 11:00 a.m.   Almost certainly this lucky observer saw the Branched Oak 5.

Whooping Cranes were certainly not one of the birds I thought I would see on my day off, but it is always special to see this species which only numbers about 300.  It is divine when you find them yourself. 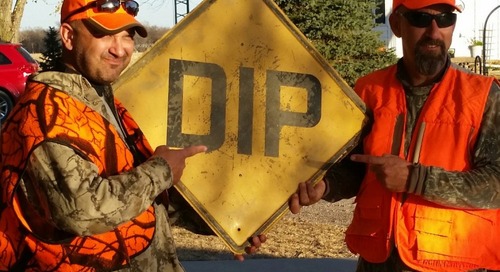 Hunters it’s ok to admit “it”. In fact, you should celebrate “it”. A big chunk of the hunting doesn’t invol... 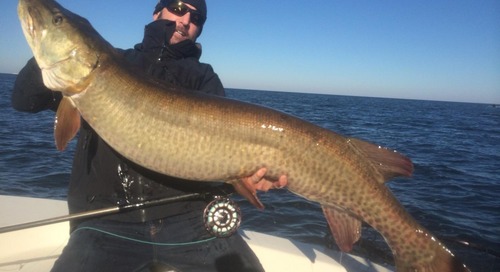