As announced in a press release last week, Wilkinson Wildlife Management Area in Platte County has been partially closed to public access since last week due to the presence of three adult Whooping Cranes.  The birds were visible from a county road and more than 300 people have come out to see them during their stay.  Monday evening, the birds put on quite a show and I was fortunate to capture some video of them dancing.  The video is below.

It is increasingly appearing as though the birds moved on Tuesday morning.  The WMA remains partially closed until there is an official announcement via a press release. 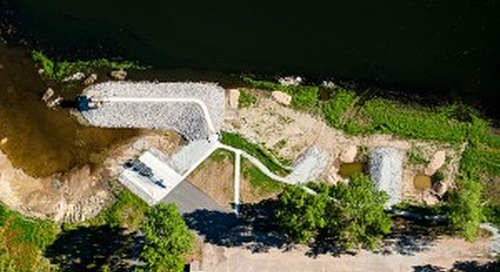 Much to the delight of boat anglers who haven’t been on the water there since 2011, Burchard Lake, one of s...