It’s been fun watching the excitement over one of the Nebraska Game and Parks Commission’s latest fisheries projects – tiger trout stockings. I’ve noticed an increased number of Nebraskans posting photos of the beautiful species on social media, and have even had a photo or two arrive via text message from excited anglers who have caught the species for the first time.

The species is bringing out the child in a lot of us. During his visit to Chadron last week, NEBRASKAland editor Jeff Kurrus and I slipped away for an evening of fishing for White River trout in Sioux County. Despite extremely windy conditions, it ended up being a monumental occasion as I caught my first and second tiger trout. It was the first time I’d seen one in the hand since photographing them when they were stocked in February.

I opted for the time-honored, and perhaps scoffed, method of drifting a nightcrawler down the stream while Kurrus was using a fly rod to project flies through 40 mph gusts. So, his feat was more impressive than mine as he overcame that challenge and ended up with a brown trout for dinner.

One thing about trout, they aren’t always the easiest thing to photograph in hand. I did manage to get a cell-phone selfie of the first. The second slippery little specimen I caught, which was gorgeously darker, wiggled and flopped back into the stream as I was trying to give it a stream-side bath for a photo. While the fish no doubt ended up clean after that, my shirt ended up with a nice splattering of creek mud as I lunged from my knees an attempt to recapture it. I watched it swim away in the clear waters of the White. No photo. It’s not easy to handle these tigers by the tail — or any other part of their muscular bodies, for that matter.

Kurrus and I had fair success that day and particularly enjoyed hiking along the beautiful stream, we didn’t do quite as well as Justin Powell of Alliance, a Commission wildlife biologist, on his recent northwestern Nebraska outing. On a single day, at various points around the Pine Ridge, he caught every kind of trout available to anglers in Nebraska – a “grand slam” of tiger, brown, brook, rainbow and cutthroat. He shared a composite photo of his achievement on the Hook Shots Facebook page and it moved through social media like wildfire. From Hook Shots, it garnered more than 1,400 likes and was shared 2,430 times – the most likes and shares ever for a single post by that account, Powell was told by the page’s manager. One of those shares was by Field & Stream magazine, which brought an additional 7,600 likes.

“Trout are beautiful critters. When you can put your hand on each of them in a given day, it makes for an awesome deal. If I can do it, anybody can do it,” said Powell, who considers himself a beginning fly fisherman. Thanks, Powell. You’ve given me a new goal.

For more information about tiger trout, read Julie Geiser’s story about them in the upcoming May issue of NEBRASKAland. More importantly, travel to one of the many places they been stocked around the state and put one to the end of your line. It will surely give you a photo worth sharing. 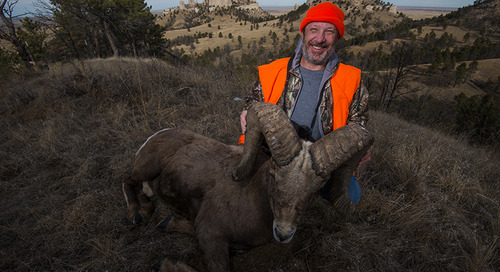 The Nebraska Game and Parks Commission has confirmed that the bighorn sheep ram harvested by Lincoln hunter... 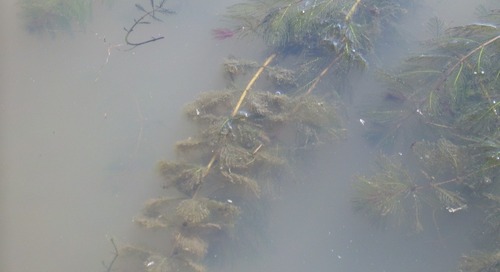 I know there have already been news releases on these news items, but I like to highlight them again to try...