LINCOLN – A Malcolm, Neb., man has set a state fish record for the largest paddlefish caught by rod and reel. The record was certified by the Nebraska Game and Parks Commission.

Tom Keller snagged a 113-pound, 4-ounce paddlefish on Oct. 9 while fishing the Gavins Point Dam tailwaters of the Missouri River in northeast Nebraska. The fish measured 49.75 inches in length.

Other fish records have been set in recent months.

Zachary Welch of Ainsworth set a bowfishing record July 1 when he arrowed a 14.4-ounce, 10-inch hybrid sunfish (green sunfish-bluegill cross) in a private sandpit in Brown County. The previous record was 10 ounces.

Donavon Uhing of Blair set a bowfishing record for grass carp on July 5 when he shot a 78-pound, 14-ounce fish at a private lake in Washington County. He then broke his record on Aug. 18 at the same lake when he arrowed a 79 pound-10 ounce fish.

For a list of all state record fish, visit: http://outdoornebraska.org/Fishing/pdfs/RecordFish.pdf. 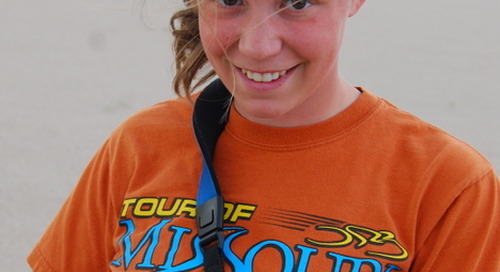 Contributed by Lauren Dinan, Nongame Bird Biologist Erwin has been spotted again!  As many of you know, Erw...