LINCOLN – The elimination of the fish population at Independence Landing in Seward is scheduled for Feb. 2-3 as part of a renovation project by the Nebraska Game and Parks Commission. The chemical rotenone will be applied to kill the fish in the 2-acre pond. The goal is to remove unwanted fish species, such as ... Story of River Otter Success to Be Told in Lincoln

LINCOLN – Learn about Nebraska’s successful reintroduction of the river... 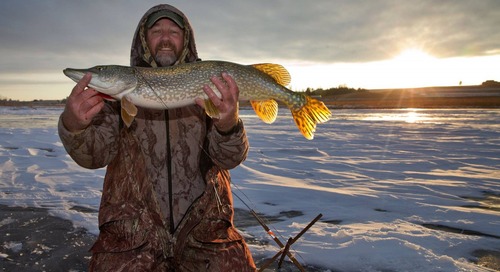 I have a new ice-fishing technique I want to try out this winter.  It is a...