LINCOLN – Trail Road 7 at Swanson Reservoir State Recreation Area (SRA) will be temporarily closed June 25 at 7 a.m. so that BNSF Railway can replace a crossing. Trail Roads 5 and 7 on the north side of the lake were closed June 22 as BNSF began replacing crossings on both, but the work ...

LINCOLN – Life at an 1820s military post will be depicted at Living History... 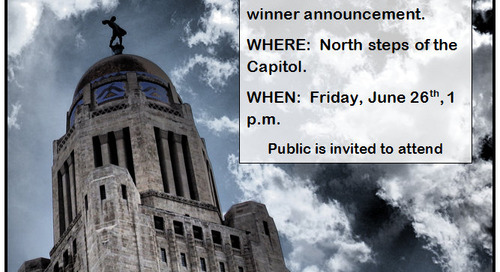 Falcon name to be announced Friday at Capitol

After a great deal of anticipation and a little bit of a delay, I’m...