LINCOLN – The Nebraska Game and Parks Commission wants to remind hunters about the River Antlerless permits that remain available. These $10 permits allow the harvest of 2 antlerless whitetail deer in the state’s river corridors on private lands. The permits are designed to help control deer populations in those areas where they are the highest and lead to landowner concerns.

In addition, Season Choice permits remain available in the Republican and Frenchman units. Those permits, as well as River Antlerless, may be used in all deer seasons, including rifle deer, muzzleloader, archery and the antlerless-only season that runs Jan. 1 – 15, 2016.

Both hunters and landowners, who control access to the river corridor, are important to effectively manage growing whitetail herds. With ample permits, Game and Parks encourages landowners with concerns about whitetail deer numbers to provide access to, and encourage, antlerless deer hunting along the Republican River.

These and other permits are available at Game and Parks offices and at OutdoorNebraska.org. 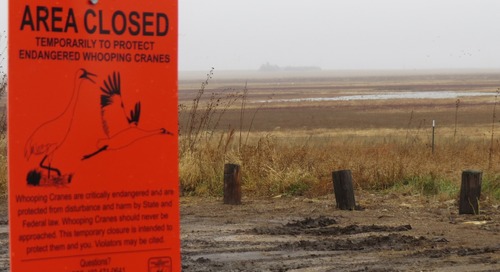 As announced in a press release, Father Hupp WMA in northern Thayer County was closed temporarily on Monday...