LINCOLN – The Nebraska Game and Parks Commission will consider a new management plan to improve pheasant hunting in Nebraska when it meets Feb. 25 at Pheasant Bonanza Hunt Club and Kennel north of Tekamah. The public is invited to attend the 1 p.m. meeting.

Staff will present for Commission consideration a draft of the comprehensive management plan called the Nebraska Mega Plan. The mission of the plan is to produce the best pheasant hunting experiences for the most people over the next five years.

The plan has the following goals:

— Improve the funding and policy environment related to pheasant management.

Also on the meeting agenda are public hearings for the consideration of the following wildlife regulation amendments:

— to adopt changes regarding the removal of meat from elk carcasses prior to transportation to a check station.

— to adopt changes regarding auction and lottery permits for big game species.

In addition, the Commission will consider:

— a staff recommendation to approve an increase in the Cash Change Fund at Lewis and Clark State Recreation Area to support coin requirements at campground shower buildings.

— a staff recommendation to approve a permanent easement request from the U.S. Army Corps of Engineers on Middle Decatur Bend Wildlife Management Area in Burt County.

The meeting also will include a staff review of proposed regulation changes for big game and waterfowl, a presentation by the Nebraska Horse Trails Committee regarding equestrian trails, a public request to extend the pheasant hunting season in eastern Nebraska, and a public request to discuss allowing utility terrain vehicles in state parks. 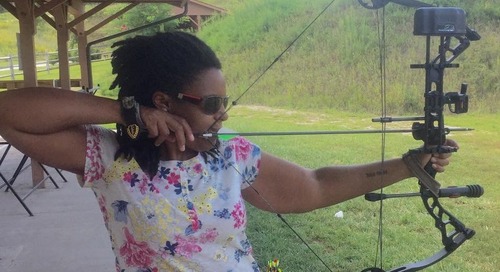 Unleash the Outdoors-Woman in You – Nebraska Outdoors Radio

Find ways to release the wild and empower your skills as an outdoors-woman this week as Julia Plugge, NGPC’...