The effects of torrential spring flooding has dampened activity at Harrison’s Coffee Park for months, but thanks to a cooperative effort between local, state and federal officials there’s been a lot of movement at the remote attraction in Sioux County in recent days. Before long, trout anglers will be among those bringing the action.

Major clean-up efforts at the park, located along Sowbelly Creek in the heart of the Pine Ridge in Sioux County, began last week when Fuller Construction arrived with heavy equipment. The workers have been using a track-hoe excavator and six-wheeled dump truck, among other equipment, to remove a massive logjam along the creek — one byproduct of a storm that brought 4-6 inches of rain to the already saturated area one night in June.

The downpour flooded the narrow canyon and carried logs downstream to the park where a fallen cottonwood tree at a bend in the creek is suspected to have triggered the logjam. The backed-up trees and logs, estimated to total between 2,000 and 4,000 cubic yards of wood, are now being moved into piles to be burned this winter.

The park, situated in a canyon that links the table lands along U.S. Highway 20 to the grasslands north of the Pine Ridge, is owned by the village of Harrison despite being several miles away from town. It has been closed since the flood, with its footbridge washed out and debris scattered throughout its playground, picnic areas and the half-mile of creek.

Matt Steffl, a Nebraska Game and Parks Commission wildlife manager in the northwest district who helped spearhead the clean-up effort, said the creek will become even more accessible to trout fishermen than it was before the flood, with the removal of obstructions along the bank. And, from a fisheries standpoint, Steffl said the flood actually helped the stream’s health, exposing rock by washing silt and soot from its bottom and deepening pools.

“We don’t have a lot of miles of public cold-water trout streams in Nebraska, so we like to do what we can to take care of what we have,” Steffl said. “When the work is done here, we expect it to be even more of an attraction. When that flood went through, it washed out a lot of the ash from the ’06 wildfires and also cut some holes here and there. In most places, it made a lot better cold-water stream than what we had before.”

The park is expected to be open and ready for visitors sometime in the spring. 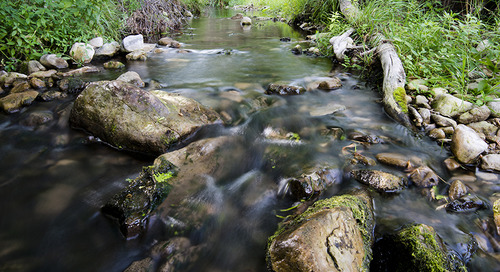 My NEBRASKAland magazine duties are a little different than other types of journalism I’ve experienced duri... 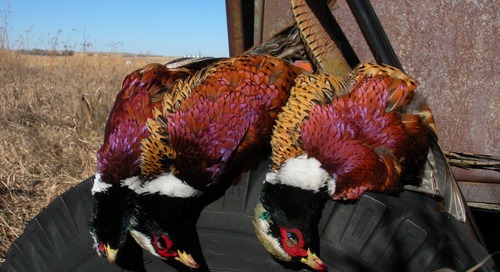 Our Nebraska hunting seasons are in full-swing right now.  I know this has been floating around the interne...