Plans Being Finalized for Road Repair at Niobrara State Park

LINCOLN – The Nebraska Game and Parks Commission and the Nebraska Department of Roads are finalizing plans for repairs to the asphalt roads within Niobrara State Park (SP). An asphalt overlay of the entire park road system – approximately 7¾ miles – is proposed.

Road conditions within the park have deteriorated, and park officials have identified a road rehabilitation project as a top priority.

The Department of Roads coordinates program design and construction. Design work has been completed and the project is in the permitting phase, which should be completed this spring. A competitive bidding process will follow, and construction is tentatively projected to occur in the late summer or fall of 2016.

“We are excited to be able to partner with the Nebraska Game and Parks Commission to address this need that has been identified by the community,” said Nebraska Department of Roads Director Kyle Schneweis. “We look forward to getting this project underway to meet the needs of the Niobrara State Park and the communities that use it.”

Situated upon the bluffs overlooking the confluence of the Niobrara and Missouri rivers, Niobrara SP is a popular tourist destination, offering spectacular scenery, wildlife viewing, an array of family activities, a meeting location for groups, and overnight accommodations that include modern cabins and campgrounds. The park also is a popular stay-over location for hunters and fisherman who take advantage of the region’s great fishing and hunting opportunities in the spring and fall.

This project is being carried out with funds from the state’s Recreational Road Program, which is administered by the Department of Roads. Recreational Road Program funds are generated from a $1.50 fee attached to Nebraska’s annual vehicle registration. Funds are assigned to road projects based upon a one- and five-year prioritization plan that is developed by the two partnering agencies and submitted to the governor for approval. The Commission previously listed the Niobrara project within the five-year plan, and now that project is a priority upon the one-year list. 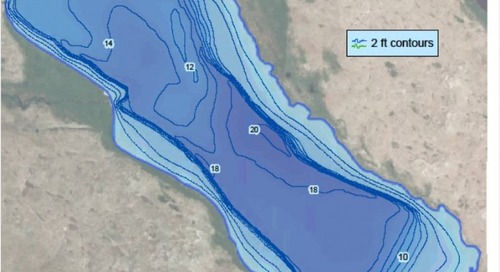 Quick News Item for the Weekend

I have one thing I want to note here on my blog before the weekend.  The weather is getting warmer and the ...

LINCOLN – All access to Blue Lake in Garden County has been closed temporarily by the Nebraska Game and Par...