Spring is here and with it comes various avian rituals.   Sandhill Cranes on the central Platte River, Greater Prairie-Chickens booming on leks and the Capitol’s Peregrine Falcons courting, mating and preparing to welcome their first egg into the world.  As falcon fans start seeing more and more activity at the nest box on the 18th floor of the Capitol via NGPC’s falconcam, one obvious question is always asked,…is it the same pair of adult falcons?  For the past ten years, the answer to that question has always been “yes”.  Both the male (19/K), who hatched and was banded in Des Moines, Iowa, in 2001, and the female (A/Y and named Ally), banded in Manitoba, Canada, in 2004, have ruled the Capitol’s dome since 2005.    These are the only Peregrine Falcons that have successfully raised young at the Capitol.  With each passing year, though, these birds obviously get a year older and 19K is now fifteen years old.  This is rather old considering maximum longevity for Peregrine Falcons is 16-20 years old. Life is about change, so is this the year we see a new falcon at the Capitol?  Let’s take a look a few recent screenshots from our falconcam to find out the answer. The screenshot, above, of a Peregrine Falcon in the nest box show a bird with an all black band with the white letter “A” and “Y” or A/Y.   This is Ally. Unfortunately, her mate is not as accommodating, but let’s take a look at what we have available. The image is not very clear.   However, the band on the bird’s left leg is colored black on the top half and green on the lower half and there appears to be white lettering.  The band on the bird’s right leg is purplish.  The bands colors are consistent with those those that we know are on 19/K.  Suggestive, but let’s take a look at one more image. Again, the image is not real clear.  The band colors are the same as those in the previous image.  However, there does appear to be a “19” over a “K” in white lettering on the band.  Thus, I believe the preponderance of the evidence indicates this is the rather old, but spry, 19/K.  19/K was also photographed in Omaha this past February.

I am glad to see the same pair is still in place, even though I know this could be one of these birds last ride on the merry-go-around.

If you are looking for falconcam, it can be found HERE.

Thanks to Jeanne Hibbert for maintaining the Peregrine Falcons Lincoln Nebraska Facebook page and for capturing the screenshots used in this blog post.

LINCOLN – The Nebraska Game and Parks Commission and the University of Nebraska-Lincoln have scheduled trai... 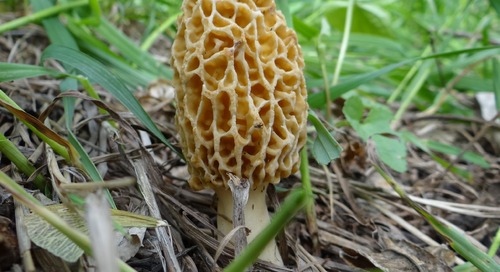 It is the time of year when folklore and science begin to collide about the emergence of the prized, delect...