Not only will a bighorn sheep harvested near Crawford in Nebraska’s Pine Ridge region on Wednesday have the special distinction of being the state’s 20th but also will likely go down as the state’s largest on record.

Terry Bogle of Lincoln harvested the big ram at about 10:15 a.m. Wednesday on private property in the shadow of a steep cliff near a pair of northwestern Nebraska’s most prominent landmarks, Crow Butte and Little Crow Butte. The sheep unofficially scored 189 on the Boone and Crockett Club scale. If the score holds after a 60-day drying period, as it is expected to, it will surpass the previous record of 185 7/8 recorded in 1998 — the first year of the Commission’s bighorn hunt.

“Not all the sheep that have been harvested since our reintroduction efforts began were scored, but we’re fairly certain this score is the largest,” said Todd Nordeen, the Nebraska Game and Parks Commission wildlife manager who manages the state’s bighorn sheep program and led the hunt. “We’ve had sheep with longer horns, but this one has incredible mass.”

The Boone and Crockett score is formulated from each of the horns’ length plus four points of circumference. The ram is not only expected to go down as the state record, but also meets criteria to be listed in Boone and Crockett’s prestigious “Records of North American Big Game” publication.

Bogle, who shot his first deer just over three decades ago on public property in the Pine Ridge, won the bighorn sheep permit earlier this year from a drawing with about 2,300 entries. He was accompanied by hunting buddy Bob Dykeman of Lincoln and guided by Nordeen and Commission conservation technicians Rick Arnold, Laura McHale and Brandon Tritsch.

“This whole experience has been outstanding and has exceeded my expectations,” said Bogle, who stayed at Fort Robinson State Park and spent Monday evening and all day Tuesday scouting sheep. “It’s given me a greater appreciation for what the Game and Parks Commission does.”

Nordeen said Bogle’s ram, estimated at 9 years old, is an offspring of sheep from the Missouri River Breaks region of Montana that were released at the Bighorn Wildlife Management Area southeast of Crawford in 2005.

Bighorn sheep were native to the butte country of the Nebraska Panhandle, but disappeared from the landscape in the early 1900s because of disease, unregulated hunting and habitat loss.

A herd was reintroduced to Fort Robinson in 1981, where it was released after several years of captivity. Release efforts in 2001, 2005, 2007 and 2012 have resulted in about 360 sheep that reside in areas of the Pine Ridge between Harrison and Chadron, and the Wildcat Hills south of Gering and east to McGrew.

The state’s only other permit holder for 2015, Barbara Sackman of Long Island, New York, harvested a ram in the Wildcat Hills last week — the first for that region in modern times.

Nordeen said the 20 hunts, along with support from conservation organizations, have been essential to funding the bighorn sheep program. LINCOLN – The Nebraska Game and Parks Commission will burn tree piles, as weather and snow cover allow, at ... 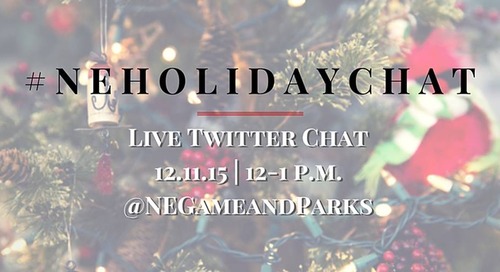 It can be a real challenge to select a holiday gift for the outdoor enthusiast in your family. What do you ...