LINCOLN – Lynn Berggren, a Nebraska Game and Parks Commissioner from Broken Bow, passed away Tuesday, Feb. 16. He had represented District 6 (21 counties) on the commission since 2007.

“During his tenure as commissioner, Lynn was an ardent supporter and advocate for wildlife conservation, habitat management, and improving opportunities to enjoy the outdoors,” said Nebraska Game and Parks Director Jim Douglas. “Lynn served with passion, dedication and was always looking for innovative ways to better serve the public. He will be greatly missed by Nebraska’s citizens and the Game and Parks family.”

Berggren strongly believed that outdoor recreation made life great in Nebraska. He was dedicated to improving Nebraska’s natural resources, ensuring that the state had the best wildlife habitat management practices, and creating fishing access and parks opportunities for all.

Pheasants were one of Berggren’s passions. He initiated efforts for reviving Nebraska’s pheasant populations and played a large role in the commission’s new pheasant planning initiative.

A champion for all outdoor users, Berggren especially welcomed new hunters, anglers and youth. He helped improve facilities and access to fishing across Nebraska, such as a handicap-accessible access improvement project at Johnson Lake in 2015.

Berggren shared his passion for the outdoors with others every chance he got. He heavily promoted all the good things about outdoor recreation, especially family time and memories created through fishing and hunting. He blogged about fishing with his friends and family, pheasant and waterfowl hunting excursions and his love for outdoor recreation, always advocating for people to go enjoy the outdoors and take a kid with them.

Douglas said Berggren was a sincere and genuine person, and a great representative who listened to sportsmen and women and shared their ideas on conservation, hunting and angling at the commission. He was a leader in his community, supporting and maintaining the vibrancy of the Nebraska One Box Pheasant Hunt and many opportunities for youth outdoor recreation.

Berggren was in his final year serving on the commission.

Berggren is survived by his wife, Jeanne; son, Pat and his wife, Tristan; son, Kevin; daughter, Becky; and grandchildren Katelyn and Kaleb. 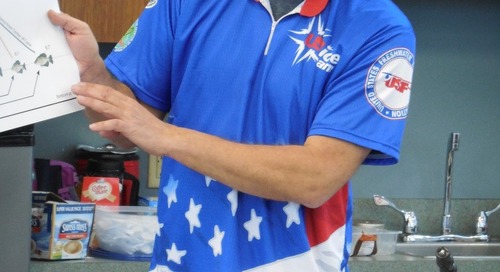 I suppose most of you have no idea about this, but the world ice-fishing championship is being held in the ...