LINCOLN – Total deer harvest in Nebraska is up 11 percent compared to this time one year ago.

“This is great news for hunters, as mule deer are clearly responding to good weather and a reduction in doe harvest over the past five years,” said Kit Hams, big game program manager for the Nebraska Game and Parks Commission.

“We are pleased to see the increases in whitetail bucks as the herd continues to recover from the drought and EHD events of 2012,” Hams said.

Archery and Muzzleloader seasons continue through Dec. 31, while the Late Antlerless season is Jan. 1 – 15, 2016.

Archery, Muzzleloader, Youth, River Antlerless and some Season Choice antlerless permits remain available throughout the state. They may be purchased at Game and Parks permitting offices or at OutdoorNebraska.org.

Hunters are reminded that mule deer does are protected in many management units and public lands across the state. Refer to the 2015 Big Game Guide for details.

In addition, hunters can use the Hunters Helping the Hungry and Deer Exchange programs to donate their venison. Go to OutdoorNebraska.org for more details. 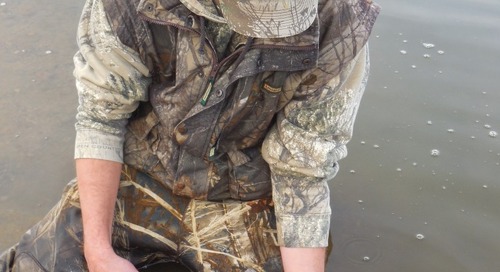 Enjoy Christmas Buffet at The Lodge

LINCOLN – Enjoy the holiday with family and friends with a reservations-only Christmas buffet at The Lodge ...