March Means Migration Near You (Even in the City)

When I was kid, I always looked forward to taking a drive with my grandparents during the March thaw to see the spring migration of birds in Sarpy County, Nebraska.

We never had to travel very far from our homes in Gretna to see the migrating birds either.

It’s those drives that helped to develop my appreciation for birds.

Truth is, you still do not have to venture far at all to enjoy the spectacular March migration of birds in Nebraska.

Extraordinary spring migration bird watching awaits recreational birders and others in Nebraska’s public parks, green spaces and waterfront properties, even amid cities and towns.  Being an urban Omaha, NE resident for many years now, I know this full well.

Remember, for tens of thousands of years, since the end of the last ice age, birds most likely have migrated to and through these areas. Many of these locations are easily accessible by foot, bicycle, bus or are a short trip by motor vehicle. A variety of different birds can be seen at these public sites and the species are ever-changing throughout the year with seasons, weather and migrations.

For example, only a ten-minute drive by car from my house in the Metcalfe Park Neighborhood of mid-town lies one of the best public birding spots I know to witness the spring migration — the 300 water-acre Levi Carter/Kiwanis Park complex in the northeastern part of the city.

Referred to as Carter Lake by the locals, it is actually an old, natural, oxbow of the Missouri River that is situated in the shadow of downtown Omaha near Eppley Airfield.

Carter Lake with its close proximity to the Missouri River for bird migration and navigation, along with its topography and habitat diversity, offers a plethora of birds to see, particularly during the month of March!

Birding during migrations in large cities and extensive metropolitan areas such as Omaha can even be better than many birders realize and rewarding for birders of all levels. Just because you live in a city or town, don’t think that stops you from finding a surprising amount of bird life on your doorstep!

Here are some quick tips to get you underway in urban birding.

Go in the morning. My recorded observations show that the morning is often the best time to look for birds in metropolitan areas because there are less people around. In practice, birds can appear at any time of the day, so always expect the unexpected. The fun of urban birding is to see how many different species you can identify and capture with photos.

Do not disturb. Visiting bird species have very few habitats to utilize in urban areas, and birders should always respect the birds they encounter and take steps not to disturb them. These feathered, winged creatures are no doubt tired and hungry after their long journeys. Honestly, the last thing they need is to be intentionally or accidently disturbed by people causing them to waste energy flying around!

Look up! Birds have wings and practically anything can fly over your head during the spring migration in Nebraska – even in the middle of a metropolis! The problem is that most of us spend our entire lives walking and looking straight ahead, but rarely upward. I think if we tried to look up a bit more in these public spaces we would begin to view more birds! Take the binocs. It’s amazing the amount of detail you can pick out when looking at a bird from a distance through binoculars. The intricate plumage colors, the glint in their eyes all add up to vividly bringing the bird you are watching to life.

Hook up with other birders. You may want to consider hanging out with other more experienced birders by joining a local birding organization or visiting a local nature center. Don’t be shy about asking questions. Most avid birders are very willing to share their knowledge and expertise with you.

Enjoy the city.  While viewing migratory birds can be truly outstanding in a city environment, bird watchers should not overlook the other nearby attractions. It could be as simple as having a cup of coffee and a slice of homemade pie at local restaurant or coffee shop while letting the folks there know about the enjoyment that migratory birds bring to the area. This can also raise awareness about how important migratory birds can be to tourism.

So you see, birding in urban areas like the Carter Lake/Kiwanis Park complex is an easy-to-do adventure. I have  learned that urban locations such as this one may even rival those in the countryside when it comes to numbers.

Don’t overlook what may lie just beyond your house in a public space for some great migratory bird watching. I know I have thoroughly enjoyed my March mornings watching and photographing birds at Omaha’s Levi Carter/Kiwanis Park.

What phenomenal March birding spots will you discover near your home?

To get started with information about watching wildlife in Nebraska, click here.

The post March Means Migration Near You (Even in the City) appeared first on NEBRASKALand Magazine. 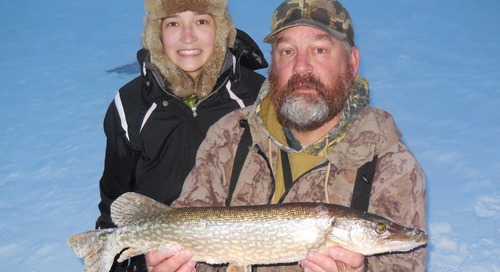 Ode to the Season Past

My ice fishing season ended in literally a week this year; we were on 13+ inches of hard ice, and a week la... 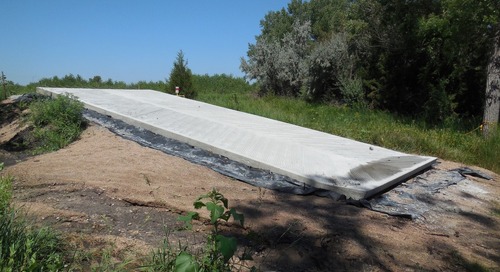 On the Nebraska fish and fishing “front”, I have several things I want folks to know about right now.  So, ...