I have a busy week ahead of me, and I will not be in the office for a lot of it.  So, before I head out the door, I wanted to let you know about his event that will be happening in York Wednesday night.  With the weather we have had recently, everyone will be chomping at the bit to fish, and this event Wednesday night will help at least a little bit as we talk fishing!  If you are in the area, it is a great cause and you will learn something.  Stop by if you can!

Talk Fishing and give YAAP a Hand

Talk fishing and give YAAP a hand

YORK – The location is different, however the goals of the 2016 York Adopt a Pet Fishing Seminar have not changed one bit.

The annual event put together by York walleye enthusiast Bob Roth is next Wednesday, Feb. 24 at the Cornerstone Ag Events Center on the York County Fairgrounds. That’s a change from the National Guard Armory where the seminar was held in previous years.

The evening, which begins when doors open at 5:30 p.m., includes a barbecue sandwich meal and adult beverages for free will donations.

“A buddy of mine once said, ‘Fishing is mostly about understanding fish,’” said Bauer. “As a fisheries biologist I can help folks understand more about walleyes, how they are made, what they do, and how we can use that to catch more of them. That is what I will talk about,” that evening in York, “and I know Ben Garver will have a wealth of great knowledge to share. I can’t wait to listen to Ben.”

Garver guides much of the fishing season at Sherman Reservoir near Loup City in between his tournament competition dates.

Canadian outfitter and bush pilot Eddie Showalter is scheduled to appear that evening as well to chat about fly-in fishing north of the border or just to talk fishing in general.

Showalter (www.fishshowalters.com) has donated a fly-in trip for two to one the many lakes where he has outposts north of Ear Falls, Ontario, for several years and 2016 is no exception.

Raffle tickets are available York Adopt a Pet, York Area Chamber of Commerce, York Printing Company or from Roth himself. Ticket holders need not be present at the seminar to claim the trip or, if the winner chooses, $1,000 cash instead.

A 16×20 framed photo of the Huskers’ reaction to winning the national volleyball championship donated by Steve Moseley, including Final Four press materials available only to media who covered the tournament, will be sold by silent auction at the seminar.

The photo is currently on display at the York Area Chamber of Commerce, Sixth Street and Lincoln Avenue.

A number of fully-equipped boats will be on display so those who attend can examine some of the many different ways to set up a fishing craft.

The evening, to which women and children are especially invited, will also feature Ryan Roth, professional custom rod builder from Phoenix, and a display of his one-of-a-kind, artistic fishing poles.

All proceeds of the entire event will be donated to York Adopt a Pet.

I have attended several of these events in York, and have had a great time at all of them.  We had a great crowd last year.  It still amazes me folks would come out to listen to me ramble about fishing!

Forget about me, come to listen to Ben Garver!

If you have attended in past years, note the new location this year–the Ag Events Center at the York County fairgrounds instead of the National Guard Armory. LINCOLN – Applications for archery paddlefish permits will be received by the Nebraska Game and Parks Commi... 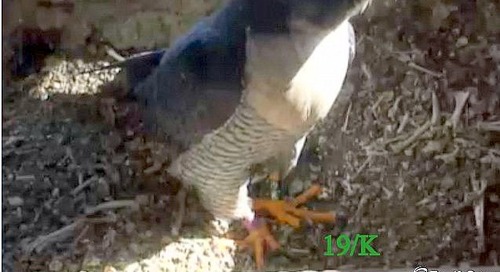 Up to his old tricks

Last year at about this time, we were shocked and surprised when the resident male Peregrine Falcon from th...