The American Kestrels apparently had so much fun raising one brood that they have decided to do it all over again this summer.  The female kestrel has laid two eggs as of the morning of 24 June, as shown in the photo, below. American Kestrels do not typically lay a second clutch of eggs or raise ... 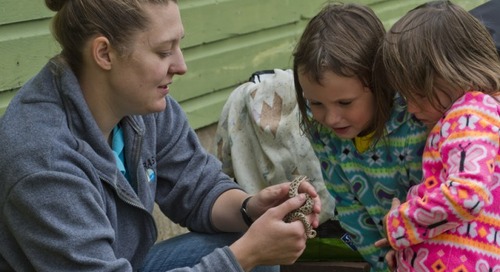 Birds and tomahawks are the topics of a pair of nature programs at Chadron... Grab a life jacket and hop aboard, we’re gonna canoe the spring-fed waters...