It is the time of year when folklore and science begin to collide about the emergence of the prized, delectable morel mushroom.

Are the bur oak leaves the size of a fox squirrel’s ear?  Are any woodland violets blooming? Have wild asparagus spears begun to break the earth yet? These are just a few of nature’s triggers that prompt longtime gatherers of the succulent morel mushroom to take to their favorite river bottom woodlands.

It is the time of year when those of us who like to harvest morel mushrooms actually ponder the question: “Will we see an early morel mushroom harvest season this year? Maybe yes, perhaps no.

For the record, I personally have harvested morels in late March.

Timing though is of quintessence for morel mushrooms to appear. Mycologists who specialize in the study of fungi will explain to you that the emergence of morel mushrooms varies from year to year with the advance of spring weather, soil temperature and moisture. Many plants actually follow a similar pattern so one of the more reliable indicators of when to look for morels is to be mindful of when more easily observed plants begin to grow, when buds are opening or when they flower.

As an example, along the Missouri River, avid morel mushroom hunters key into jack-in-the-pulpits, May-apples, ferns and phlox. Morel mushrooms are often found amid these plants in the same combination of soil, moisture, slope and sunlight preferred by the mushrooms.

It has often been said by veteran morel mushroom hunters that rain or snow showers followed by warm spring days really trigger the morels to “pop.”

To scout for early season morels, a seeker of the treasured fungi needs to check the south-facing slopes of woodlands with loose soils and high humidity where sunlight can penetrate to the ground near decaying organic matter (vegetation).

The good thing is that not all of the morels in an area come up at the same time. Morels ordinarily appear for a two to three week period, if not a bit longer, depending on conditions. Individually, a morel mushroom emerges, grows, and dries within about four to six days.

Anyone going morel mushroom hunting is reminded that he or she must get permission before venturing onto private property, whether it is posted or not. Hobby picking (non-commercial picking) for morel mushrooms is allowed on Nebraska Game and Park Commission owned and controlled properties, unless signed otherwise. A current, valid state park permit is required on motor vehicles entering state park lands.

In addition, be sure to see the April Issue of NEBRASKALand Magazine where Jeff Kurrus points out several of the better state park lands for gathering spring morels.

Please note that some material in this blog was compiled from a past NEBRASKALand Magazine article, entitled: “The Elusive Morel” written by Jon Farrar. 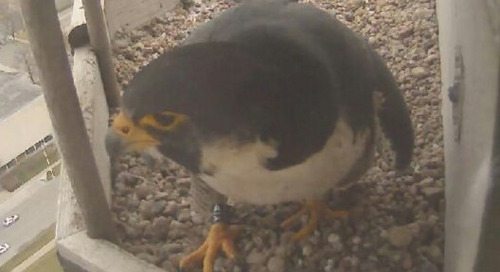 Spring is here and with it comes various avian rituals.   Sandhill Cranes on the central Platte River, Grea...