A couple weeks ago, I blogged about discovering Glossy Ibis nesting in the Rainwater Basin.  This species has been increasing in the state since its first documented occurrence in 1999.  Glossy Ibis are similar in appearance to the more common White-faced Ibis.  White-faced Ibis have also increased in our state over the last several decades. ... 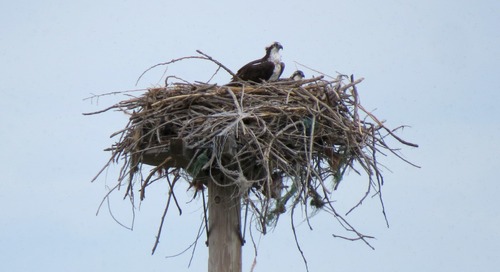 Ospreys on the verge of success?

Ospreys first nested in Nebraska in 2008 and there have been nesting...