Home » NEBRASKAland Magazine » Correction: It was an Iceland Gull
× Share this Article

Correction: It was an Iceland Gull

On Saturday morning, 23 January 2016, I was birding the Lake McConaugy area.  I observed a gull in the Kingsley Dam spillway which I originally identified as an Iceland, but then changed my identification to, admittedly a small, Glaucous Gull.  I reported the bird as a Glaucous Gull on NEbirds.  Mike Resch, a visiting birder from Massachusetts, saw the same bird a few days later and thought it was an Iceland Gull.   I took several photos of the bird during my observation, but had not scrutinized them much.  However, upon review of the photos, discussions with Mike and  input from several birders, I agree this bird is an Kumlien’s Iceland Gull.   A few photos of the beast are below. Thanks to Mike for the dialogue and helping correct the record.

The post Correction: It was an Iceland Gull appeared first on NEBRASKALand Magazine. 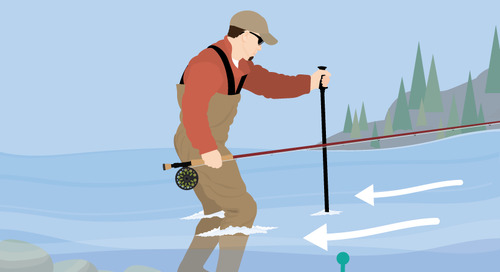 I am going to share with you something very interesting that was brought to my attention on another blog–no...