I’m very happy to see an event scheduled at Yanney Park but I’m not a huge fan of the term “put & take” — for that location anyway. If those fish are stocked in October and do not immediately go for a truck ride they can still be caught (or more likely re-caught) up to about nine months later in June (and the whole time in between). After that some may even carry over through the summer but most likely in deeper water further from shore where they aren’t very catch-able. Rumor has it that small ones from spring stockings there have shown up on stringers in the fall when no small ones were stocked – so over summering may be possible?
Yes that trout fishery may be a little like a ‘high fence’ hunting situation so far a those large stocked trout are concerned but the idea that ‘trophy’ fish are too valuable to only be caught once may still apply. Also as a general ‘reminder’ to greed-heads (that most likely wouldn’t read comments here anyway) a daily bag limit of one trout over 16″ applies and daily means per day. Also the possession limit is two daily bag limits or two of them (>16″) in total — not whatever the cubic foot capacity of your freezer is.
That same basic ‘shelf life’ for these fish would also apply to all of the other places where smaller trout are stocked in the fall (until June or so if the water quality is good) so after keeping some to eat (if that is part of your reason for fishing for them) using good fish handling techniques and releasing them can extend the ‘catch’ for everyone. Also lately some of those “small” ones have not been that small, some people will travel pretty far and pay quite a bit of money to catch 12″ trout like some of these are. Under 16″ the limit is 5 and the possession limit as above is two daily bags but it is not a bad idea to limit your kill to what you can eat (w/o freezing) rather than killing your limit. Good luck, have fun and take a kid along. 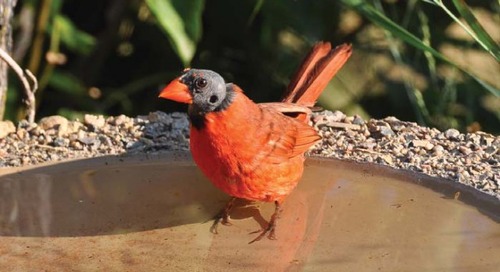 Northern cardinals are familiar birds found throughout most of Nebraska. But... 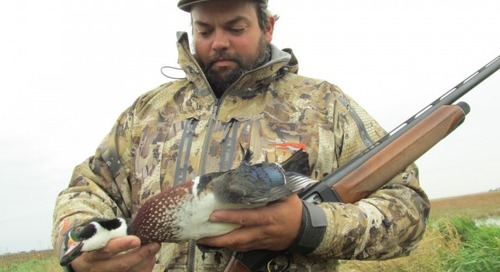 It happens just about every year.  The ducks that are around have been...