McClain retired from the Nebraska Game and Parks Commission in 1994 after 36 years of service as a biologist. Together, with Commission Director Jim Douglas and Jack Higgins of the Nebraska Field Trial Association, guests celebrated McClain’s leadership in the development of the field trial area.

“This is really special to me personally,” Douglas said at the dedication. “When I worked in my earlier days with the Commission, Chet McClain mentored me in many ways.” He said McClain impressed upon him the importance of field trialing and its role in the future of hunting.

The development of 880 acres of land at Branched Oak Lake as a dog trial area was authorized by the Commission in 1969. Seven sporting dog clubs formed the Nebraska Field Trial Association in 1973. McClain and the association selected and planted specific grasses to enhance habitat in the Field Trial Area.

“This is the best thing that has ever happened to field trialing and bird dogs in the state of Nebraska,” said Higgins, who has been with the association since its inception and has known McClain for just as long.

McClain held several roles at the Commission, including assistant division administrator of the Resource Services Division, and was instrumental in the planning and managing of the state’s many WMAs. But it was in 1973, when he was promoted to wildlife habitat area manager, when McClain began his work on developing the field trial area at Branched Oak WMA. Today, the area attracts field trial participants from all over the country.

Prior to the development of the field trial area, McClain also oversaw the plan to establish resident flocks of Canada geese and wood ducks on the Salt Valley Lakes, starting with the purchase of 20 pairs of wood ducks and eight Canada geese in 1968. Pens at Branched Oak WMA were used to propagate these waterfowl. The captive flocks were discontinued around 1984, and these waterfowl species are now plentiful in the Salt Valley Lakes area. 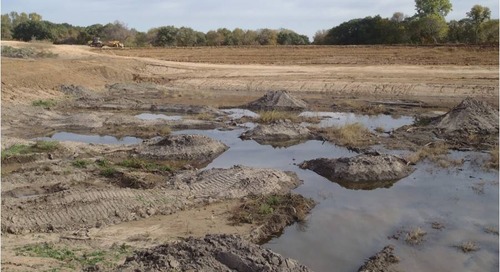 If you look close at the 2015 Fishing Guide, the list of public fishing areas in the back, southeast region...

LINCOLN – The shooting range on Pressey Wildlife Management Area (WMA) in Custer County will be temporarily...