Carp aren’t at the top of the list of fish species that get me excited, but they did just that as I was lured to the Sandhills to watch the region’s newest effort to combat an old problem.

A crew of six commercial fishermen from Minnesota, led by Jeff Riedemann and Tim Adams, brought their operation to Clear Lake on the Valentine National Wildlife Refuge in late March. Outdoor Channel junkies may recognize those names as stars of Bottom Feeders, a reality TV show that featured the work and lives of men who chase and profit from fish most anglers don’t want — common carp is on that list. They came to the Sandhills to capture those fish to sell on the commercial market.

Mark Lindvall of Valentine, retired wildlife refuge manager for the U.S. Fish and Wildlife Service, reached out to the anglers turned television personalities after watching an episode of Bottom Feeders. In some of the refuge lakes, the carp population has blossomed making living conditions tough for game fish species such as those big bluegills, crappies and yellow perch that have given Sandhills fishing such a great reputation among anglers. Carp also are not good for waterfowl habitat.

Riedemann responded and the project got the support of Juancarlos Giese, wildlife refuge manager for the USFWS, and Zac Brashears, Nebraska Game and Parks Commission fisheries biologist.

“Carp are non-native fish which strain food from the sediment and uproot submerged vegetation,” Giese said. “Both actions will generate turbid waters that reduce essential food sources for invertebrates, native fish, and waterfowl.”

Commercial fishing is the most recent effort in a multipronged approach to battling carp. Some lakes completely overrun with carp have had “renovations,” which use the environmentally-friendly (albeit not fish-friendly) chemical rotenone to get rid of the undesired species and “start over.” They’ve also gone as far as trying telemetry – equipping individual fish with radio transmitters in an attempt to later find big groups of fish for netting.

Telemetry wasn’t really needed with this operation, however. With a seining net 3,000 feet long and 25 feet deep, Riedemann’s crew can cover an incredible swath in a lake such as Clear Lake, listed at 425 acres. After driving all night beginning Easter Sunday, the crew arrived early that Monday to set the net and begin pulling it in with the help of a 30-foot aluminum boat that is equipped with a backhoe style bucket to pick up the fish.

Unfortunately for the fishermen, most of the carp they caught in the approximately 2,000-pound haul were 16 inches – a little too small to sell on the commercial market this time of year. They were removed from the lake, but not sold. While the crew didn’t catch the big carp that it had hoped, they saw enough promise in the area to come back. Riedemann plans to scout other lakes this summer and says there’s a demand for fish of the 16-inch variety at Christmas, so he’s looking forward to a return in November. And they’ll always take bigger ones. After being raised in pristine water from the Ogallala Aquifer, Sandhills carp should be commercially desirable. Who knows? Maybe it will become the next big thing.

On a related note, you can look forward to a comprehensive guide for fishing the Sandhills lakes in the May issue of NEBRASKAland. Staffer Eric Fowler took the lead on the project and did a great job wrangling the content and Tim Reigert put his magic touches on it with the design. It will be a great resource for anglers – and will surely attract people to the region for something other than carp. Regardless, if it’s carp that’s attracting me to that beautiful region, I’ll take it. 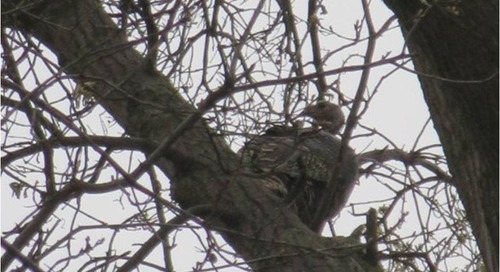 I know it has been W-I-N-D-Y lately.  Typical for spring in Nebraska.  But, on occasion the wind quits blow... 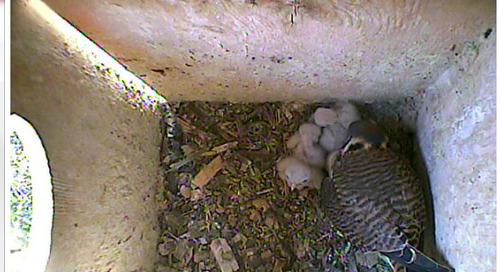 Even though our American Kestrels are back this year and will be laying eggs soon, we will be unable to pro...