Nebraska’s first bighorn sheep hunt of the 2015 season ended successfully in the Wildcat Hills near Gering this week.

Barbara Sackman of Long Island, New York, harvested a big ram at Cedar Canyon Wildlife Management Area seven miles southwest of Gering on Wednesday, Dec. 2, marking the first time a bighorn sheep tag has been filled from the Wildcat Hills region instead of the Pine Ridge. Wild sheep were reintroduced to Cedar Canyon in 2001.

The 9-year-old ram unofficially scored 173 5/8. It is the 19th sheep harvested in Nebraska since reintroduction efforts began in the 1980s.

Sackman was accompanied by her husband, Alan, and staff members of the Nebraska Game and Parks Commission on the hunt. Both Sackmans are world-renowned hunters.

This marks the 29th wild sheep for Barbara, the 2015 recipient of the prestigious Weatherby Hunting and Conservation Award and many other honors.

Despite the many sheep she has harvested in international travels with her husband, this was her first of the Rocky Mountain bighorn species.

“It’s a great sheep,” Alan said. “A person could hunt his whole life and not get many better than that one.”

Barbara said she and her husband hunt more for the memories and relationships and not the awards and trophies, though.

“You don’t hunt for the awards. You hunt for the fun of it,” she said. “Plugging along, up and down the mountains, through the hills and streams — it’s worked out very nicely for us.”

Sackman bought the permit by auction and is the first of two hunters traveling to western Nebraska this month to hunt bighorn sheep. The state’s lottery permit winner plans to hunt in the Pine Ridge region of northwestern Nebraska next week. 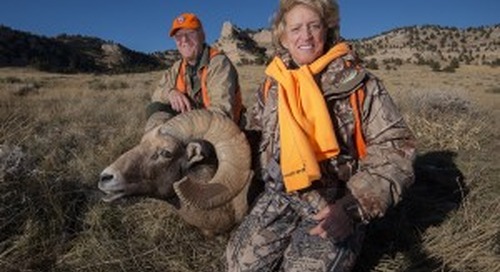 One more for the books. Barbara Sackman of Long Island, New York, added to a long string of hunting accompl... 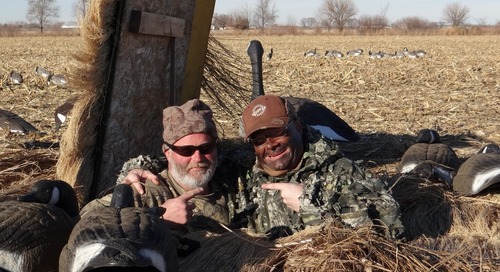 It’s December in Nebraska and it’s filled with many hunting traditions as family and friends get together, ...