So Nebraska only has two pairs of nesting Peregrine Falcons, correct?  Well, not anymore…… I was recently contacted by Laura King-Homan of the Omaha Public Power District (OPPD) who informed me that they have a pair of Peregrine Falcons nesting on their smokestack at their power plant located in north Omaha.  I was aware they had ... 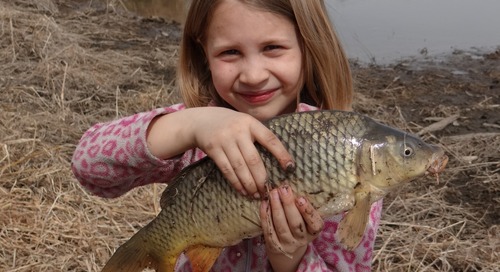 If you know me, you know that I loooove fishin’ for carp! So, it’s only...