The spatial distribution of active Bald Eagle nests is not uniform across the state.  Nest density is highest in northeast Nebraska along the Platte, Loup and Elkhorn Rivers and their tributaries.  Southern Nebraska has the fewest nests and there were no active nests in a large chunk of southwest Nebraska in 2015. Bald Eagles are doing very well in Nebraska and across country these days.  Every year after we tally the numbers we wonder when the number of active Bald Eagle nests in our state will level off and the increases will stop.   It does not seem we are getting close to that point.   Thus, expect more records in future years as long as our survey efforts can keep pace.  If you are interested in additional detail regarding the 2015 nesting season, please see our 2015 Nebraska Bald Eagle Nesting Report. Three Positives for CWD Found in Recent Testing of Deer

LINCOLN – The presence of chronic wasting disease (CWD) in Nebraska deer has spread eastward, according to ... 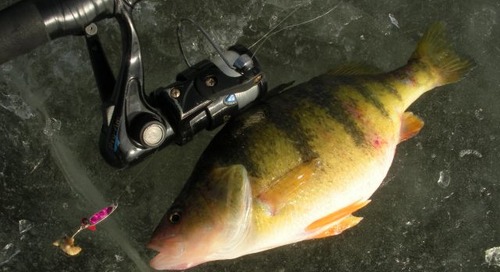 Let me say a few things about one of the most popular species of fish that anglers, especially ice anglers,...