LINCOLN – Applications for archery paddlefish permits will be received by the Nebraska Game and Parks Commission March 1-14.

The application period begins at 1 p.m. Central Time on March 1. Mail applications must be received in the Commission’s Lincoln office by 5 p.m. and online applications must be received by 11:59 p.m. on March 14. Permits will be issued through a random drawing based on preference points earned, with the persons having earned the most preference points receiving the greatest priority. Any permits remaining following the drawing will be sold on a first-come, first-served basis beginning at 1 p.m. on May 2. A total of 275 permits have been authorized.

Two people – both residents or both nonresidents – may submit a joint application. That application will be assigned to the applicant with the fewest preference points.

The application fees are $22 for residents and $42 for nonresidents. To apply, visit a Commission office, OutdoorNebraska.org, or use a form in the 2016 Nebraska Fishing Guide. 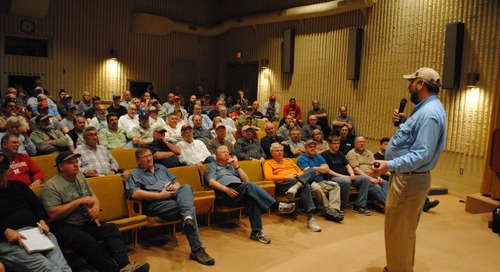 I have a busy week ahead of me, and I will not be in the office for a lot of it.  So, before I head out the...