LINCOLN – Now that the calendar has flipped to a new year, late-season hunters and trappers of small game, waterfowl and furbearers must have a 2016 hunt (small game) or fur harvest permit. A 2016 Nebraska Habitat Stamp is also required for most hunts.

Permits and stamps may be purchased at OutdoorNebraska.org or at Nebraska Game and Parks Commission permitting offices. Visit the website for more information about Nebraska hunting seasons.

LINCOLN – The Nebraska Game and Parks Commission wants to remind deer hunters that it is continuing to surv... 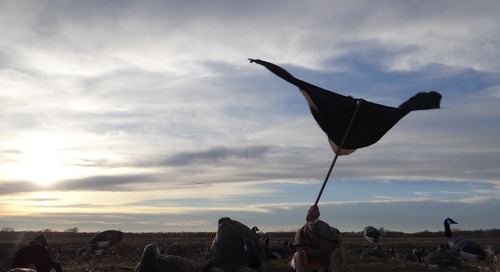 Anyone who waterfowl hunts knows that motion in a decoy spread is crucial.  Sure, there are a plethora of m...